The British Association of Film, Television and Screen Studies is an organization that promotes the recognition of the discipline and represent the academic and professorial interests of those engaged in it to the academy, government, funding agencies, the cultural industries and the public. During this year's 10th annual Conference from 20-22 April 2022, the award for Best Edited Collection was presented to Jaap Verheul for his edited volume The Cultural Life of James Bond: Specters of 007.

What the 2022 BAFTSS judges said about the volume:

"This volume succeeds in looking afresh at a cultural icon, by explaining and challenging the familiarity of the Bond figure as it has developed over more than 60 years. In chapters of consistently high scholarship that are both wide-ranging and cohesive, this book astutely positions Bond through various contemporary lenses, including transnationalism, transmediality and cultural politics."

Many congratulations to Jaap Verheul for this amazing achievement! 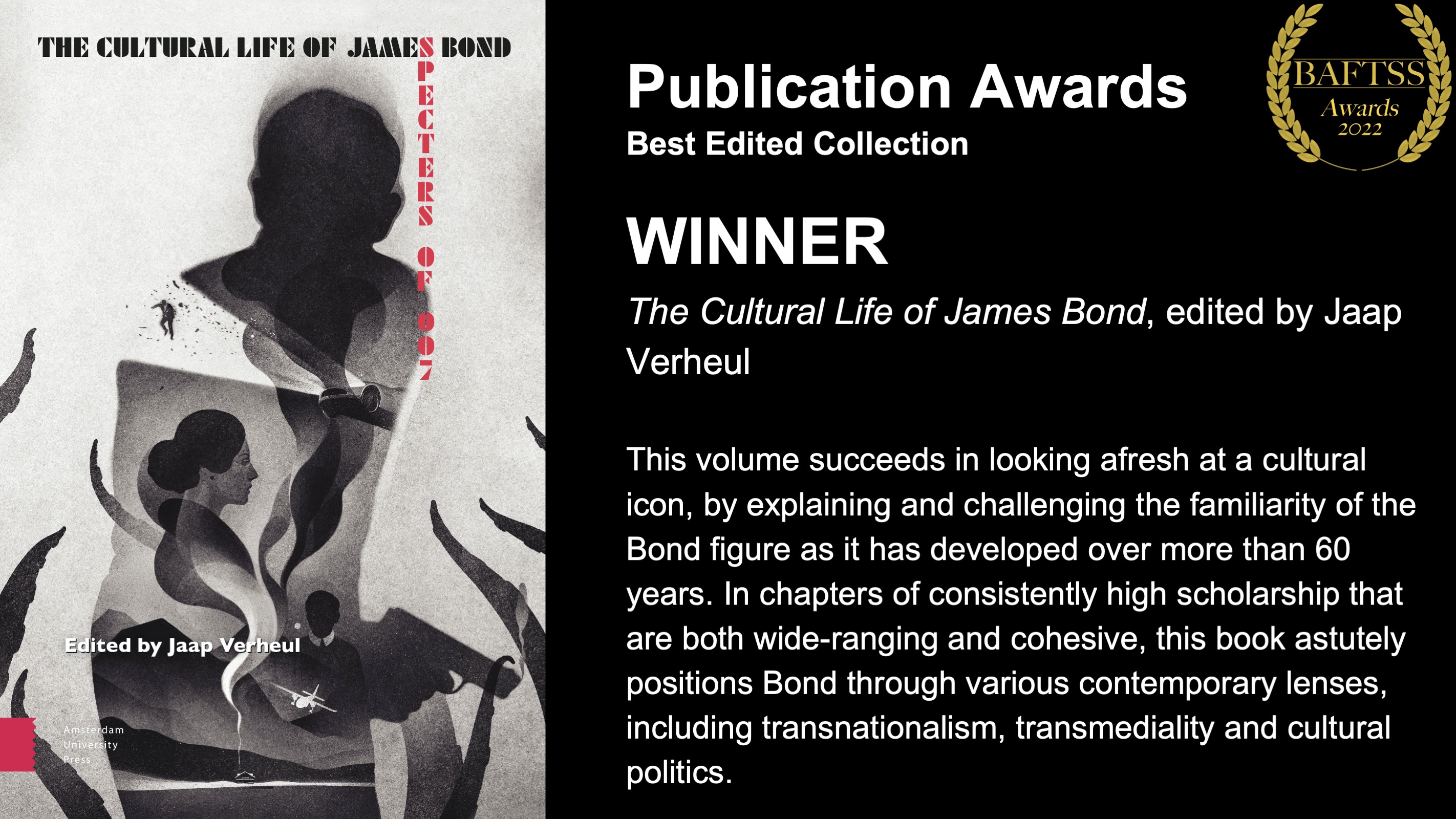 The Cultural Life of James Bond: Specters of 007 untangles the seemingly perpetual allure of the Bond phenomenon by looking at the non-canonical texts and contexts that encompass the cultural life of James Bond. Chronicling the evolution of the British secret agent over half a century of political, social, and cultural permutations, the fifteen chapters examine the Bond-brand beyond the film series and across media platforms while understanding these ancillary texts and contexts as sites of negotiation with the Eon franchise.